Home
On the road
Straatsburg
Brussel-2021

Prostitution in Europe:  Is the EU on the right track?

Even though the European Parliament recommeds to fight against prostitution, each Member State has its own regulation

When it comes to prostitution and sex workers the European Union does not seem to be a “union” at all. The number of prostitutes across the 27 members states it’s between 700,000 and 1.2 million. In some countries prostitution is completely legal, like in the Netherlands, Germany, Austria or Greece. Other states –like France, Sweden or Ireland– have abolished prostitution in the past lustrums. In the “middle way” we can find countries like Spain, Italy, Poland or the Czech Republic, where prostitution has an unregulated status.

Before we go deeper into the subject it is important to understand the difference between prostitutes and sex workers.

“We have to make a difference between forced prostitution in forms of slavery and exploitation, and prostitution that people revendicate as a work.” – Saskia Bricmont, MEP

According to the Open Society Foundation: «the term “sex worker” recognizes that sex work is work. Prostitution, on the other hand, has connotations of criminality and immorality. Many people who sell sexual services prefer the term “sex worker” and find “prostitute” demeaning and stigmatizing.» To reach this distinction we have to look inside our history.

Prostitutes’ rights have a long history in the European Union. It is still a difficult issue that affects countless people. Even nowadays, countries have different opinions about it. In the following video, however, we look back into the past and try to explain the beginnings and problems of prostitutes and their rights in more detail.

Is there a legislative loophole in the EU?

Nevertheless –like it is established in the European legislation– there are matters in which the European Union has not exercised its competence yet. Consequently, the Member States have the responsibility to regulate them. This is exactly what happens with European prostitution. The European Union has the right to establish a common law between countries, however it has not done so, which explains the different kinds of law models that exist around Europe.

But in general the measures on women’s rights or on gender equality are quite weak coming from the European Union, because of limited competence

Marc Botenga, MEP in The Left GUE/NGL responding to our questions at the European Parliament in December 2021

The position of the European Parliament.

In February 2014 a resolution adopted by the European Parliament defined prostitution and forced prostitution as a matter of gender equality. After this establishment, the EP recommended all Member States to combat it by rules against it.

“I understand people who want to abolish prostitution, because it is absolutely not sort of practice and job that you would want for anybody, not women, not men. The thing is, how do we make sure that our societies are still kept safe when there is no prostitution anymore. They have a very important function, so I think it should be a…, it should not be just about abolishing prostitution, it should be a debate that goes into the rights of women and how to keep our society safe, how to make sure that men and women, but mainly men of course are educated much more.” – Kathleen Van Brempt, MEP

There are some of the Member States that, despite the EP recommendation, still considered prostitutes as sex workers and not victims. They argue that legalizing prostitution is a better way to protect prostitutes by giving them employment rights, such as the capacity to unionize, which they cannot access if they are considered victims.
The reason these Member States have not adopted the resolution in their own legislation is because it is just the EP position, so it is not mandatory. Even though, for the EP prostitution is indeed a matter of gender equality, since it is a sexual violence there is not any type of obligation for the Member States to translate it into their domestic law.  Therefore, they remain competent on this issue: they are and will remain the ones who legislate on prostitution inside their borders, at least until the EU takes a decision bearing a legal obligation to be implemented in domestic law for all Member States.

What are EU citizens thinking about it?

Thinking about the idea of an international, European law, listening to the citizens themselves and understanding their viewpoints regarding this topic is crucial. In order to build a representative picture about what Europe thinks and how it would handle this yet hotly debated, but not solved issue, we asked young people from different countries of the EU to express their feelings about the problem.

To sum up the interview above, it could be said that this is an extremely divisive subject all around Europe, not much to our surprise people share different views regarding how it should be legalized, which does not ease the EP’s decision making. May we all be part of an alliance called the European Union, but at the bottom of the line we are different human beings with different cultural backgrounds, values and priorities.

How would the EU be able to change this situation?

There are two types of ways for the European Union to create laws for every Member State. It could be through a Directive or by a Regulation. Regulations have direct application, meanwhile, Directives grant a period of time to the different countries so they can include it in their own law.

Even though the European Parliament’s resolution ends this way: “its President to forward this resolution to the Council and the Commission”, there are still steps that have not been taken towards the redaction of a directive. The procedure for creating a law starts with the Commission presenting a proposal to the Parliament and the Council. To continue, these two are the ones who have the duty of drawing up a text about the purpose. With regards to the prostitution matter, no purpose has been presented by the Commission yet. If the goal is to achieve the European Parliament position about representing every citizen in the Union, introducing this first purpose is the way we should follow. 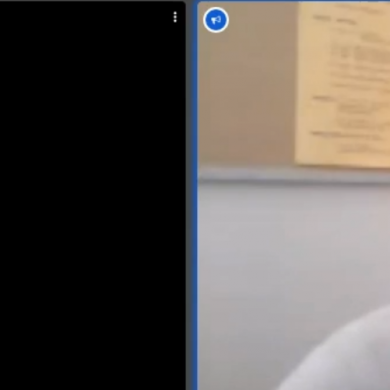