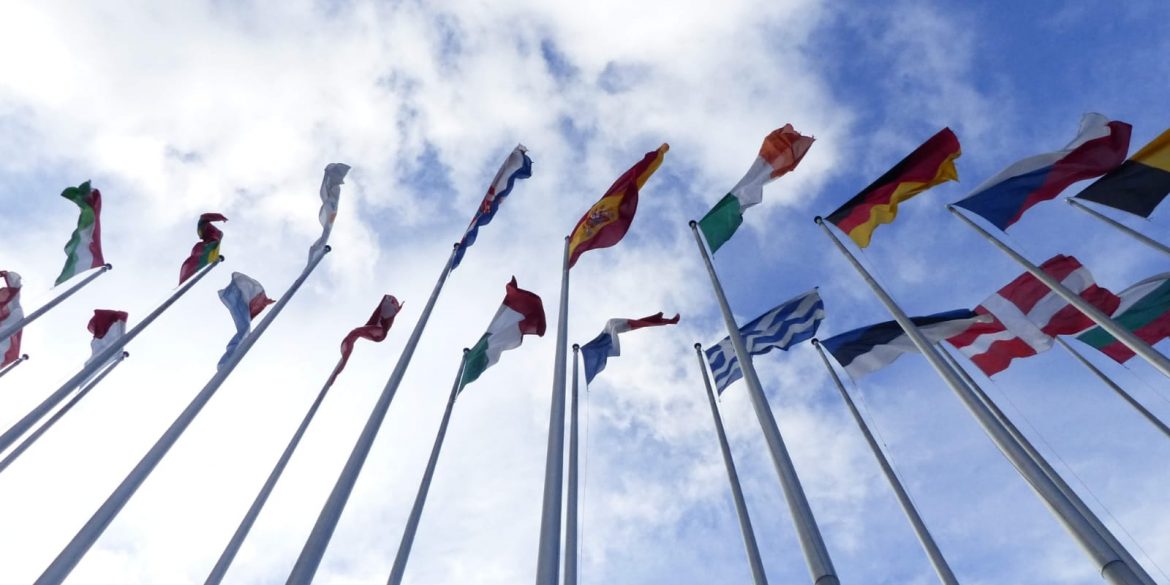 Is there light at the end of the tunnel?

The European Union is one of a kind. A peace project like this exists nowhere else in the whole world. No other region of the planet is as economically fortunate. And no other continent manages to coordinate its internal affairs this efficiently. No wonder the European Union (EU) seems like a safe haven and economical paradise too many. That is why the EU is constantly faced with the task to weigh which countries could become a member state in the future. But joining the EU is a complicated matter, the process is long and the path is often rocky. Nevertheless it is still necessary for the EU not to close its eyes to the economical and social difficulties of Eastern European countries but to support them in their development.

The precursor of the EU was founded in 1951: the European Steal and Coal Community. Back then the main purpose was to rebuild Europe’s economy and to secure peaceful relations between European countries after the Second World War. Since these early years the community changed its names several times until it became the European Union in 1993. To the present date a total of 22 countries joined the Union which was originally founded by only six countries. Today the European Union contains of 28 states and while Great Britain might be leaving soon, many other countries hope to become a member in the near future.

For a country to become an official candidate state every EU-member state must give their consent to start negotiations. If one member state opposes, negotiations can not start. Even when the candidacy is approved by all member states, it will still take years and years until the process of accession is finalized.

At the moment the EU is negotiating accession conditions with five different countries. Albania, Serbia, Montenegro, Turkey and North Macedonia are currently candidate states to join the European Union. Two more nations have the status of a potential candidate state: Bosnia and Herzegovina and Kosovo. They are not ready to be an official candidate state yet, but are promised to be taken into consideration to become one. A look at the map shows that all these countries are situated in eastern and southeastern Europe.

This is not surprising as all of these countries have been part of former Yugoslavia (Kosovo, Bosnia and Herzegovina, Serbia, Macedonia and Montenegro) or the Soviet Union (Albania) in the past which means they lack thirty to forty years of economical and democratic development in comparison to the more western countries of Europe. After the disintegration of both Yugoslavia and the Soviet Union these countries were left in an underdeveloped state and had no chance to compete with the rest of Europe. After the separation into many little countries they hope to strengthen their economy by joining the EU and thus improve the living standards of the citizens. A problem that occurs often is the lack of democracy and the ruling corruption in these nations.

North Macedonia made its application fourteen years ago in 2005. Starting this process was already difficult because of the ongoing conflict between Greece and former Macedonia, because of the country’s name. It led to confusion with the adjoining Greek region Makedonia. In January 2019 Macedonia officially changed its name to North Macedonia.
To the astonishment of the other EU- member states, French president Emmanuel Macron voted against further negotiations with North Macedonia and Albania in October 2019. Although North Macedonia has already been adapting a large number of the Copenhagen Criteria, Macron argued that it is still not enough effort and development noticeable. The temporary stop of negotiations was met by big disappointment and the fear it could mean a relapse into more authoritarian leadership and corruption in North Macedonia.

Like many others, Belgium MEP Petra De Sutter from the party “The Greens”doesn’t share Macron’s opinion in this matter:

“The western Balkan, if you look at the map of the EU now it is like a white spot. (…) It is part of Europe of course, geographically, historically, culturally and so on. (…) For all reasons you can imagine they should belong to the EU, they have to. And it takes time, we have to prepare them, we have to help them there and this is a process we really have to start.”

Another tricky example of the expansion of the EU is Kosovo. Although Kosovo is not even an official candidate state yet, it is a potential candidate state since 2008 and will be ready to start negotiations with the EU sooner or later. The reason why this is tricky is Kosovo’s conflict with Serbia, another candidate state. In 2008 the former Serbian territory Kosovo declared its independence. This step was met by a lot of disapproval from various parties and till this day only 23 of the 28 EU- member states have recognized Kosovo as an independent country. Kosovo is also facing tough economic times, a condition that could be improved with help from the EU.

Marc Botenga, a Belgium MEP from the United-Left party, thinks that the EU is not handling its enlargement on the Balkan in the right way.

Turkey probably shares the most special history with the EU; it has been a potential candidate state since 1987 and got the official status in 1999.

Since then, the idea of Turkey joining the EU has been the cause for a lot of disagreement. The issues related to Turkey’s entry raise historical, demographic, religious and geopolitical questions. The size of the country, its geographical situation (partly in Europe; partly in Asia), the weight of the Islam as the state religion and the separation of the island of Cypress are reasons for the EU- member states to hesitate.
Yagmur Aras, a 22-year old Journalism student from Istanbul is thinking a lot about Turkey’s future in the EU. She is not alone, a large number of citizens wish to enjoy the advantages of being a member of the EU. Yagmur for example is completing a semester abroad in Belgium, and the administration for this exchange would be much less if Turkey were an EU member. But she is realistic about the progress and doesn’t count on the accession in the near future.

“Turkey’s location away from the rest of the continent Europe is problematic. Another reason would be the concern of the EU because of the very intense refugee transition in Turkey (the refugee population in our country exceeds the total population of many European countries, which in itself is a tragicomic cause).”

Indeed, the borders of the European continent are hard to define and Turkey is located far from most of the European countries. But the most relevant question is, if the EU is willing to grow beyond geographical borders. The main point is to determine if the EU enlargement should be based on institutions and values or on a strict geographic area.

The management of the refugee’s movement

The migrant crisis in North Africa raises more questions in this case. Turkey is an important transition point of migration. Between North Africa and the Greek islands a lot of refugees are passing Turkey. In 2016 the EU and Turkey signed a deal to prevent irregular migration in this area.

In return for Turkeys “favour”, the EU gave its consent to release funds to Turkey.

If Turkey remains a secular country, religion and government are not separated. The religion, Islam, is actually monitored by the State. Even if the religion is already present in Europe, with Turkey entering the EU it would increase a lot, which constitutes a huge debate.

Because of its intermediate position between the West and the Arab-Muslim countries Turkey is located in a very strategic point. Some EU-members say Turkey could be an ally in order to restore peace between the borders in this area.

At the start of 2019, the Turkish Lira crashed. Despite a slight improvement, the economical situation remains under threat. High corruption, unemployment, and public debt are worrying to the EU member states.

On the bright side, some countries are more positive about the potential of Turkey’s economy. They believe that the population growth could be positive for the EU’s wealth.

Belgium MEP Marie Arena from the Socialist Party addresses the current negotiation state and the EU’s point of view on the situation in Turkey.

Yagmur also talks about possible changes for her homeland. Turkey would certainly become a different country in case of an EU accession:

“The biggest plus for us will be the freedom of travel and work. A visa-free entry to any European country, living abroad and finding a job will be easier. Another plus is that we will have the opportunity to sell the goods or food we produce in our country in the European market. And our country’s living standards will be improved by making new arrangements in the fields of education, health and work.

If we look at the disadvantages, there might be some cultural changes in our country due to globalization. In addition, even if one of the member states is experiencing a bad economical situation, it will also affect Turkey and our market.”

And last but not least the political situation in Turkey is very complicated. The current regime under Recep Tayyip Erdoğan is not very fond of the EU and vice versa:

“I think that joining the EU is beneficial for every country. Now the power in Turkey thinks that the EU is not necessary for us and our problems would increase if we joined. I sincerely want and hope to join the European Union. However, I don’t believe that we can join EU under these circumstances. For me, we can only enter the EU, when the government in power changes.”

A Chance for Europe

The image of Europe and especially the European Union is characterized by the Western parts of the continent. Germany, France and Great Britain come to mind instantly, but no one thinks spontaneously of Eastern Europe as a significant player. This will hopefully change in the future, but it won’t work if the EU is not willing to support these countries in every way possible. These nations are still very young and are trying to find their place in the world; they need any help they can get to develop democratic structures and an economy that is competitive. It is time the EU accepts its supporting role and acts on it. It is time the East rises.

As a further task we have done documentary about Strasbourg. In interviews which we conducted among ourselves we talked about our expectations for Strasbourg and after the trip evaluated them. In the video you will follow seven people – randomly met during their Erasmus – on their trip to Strasbourg. 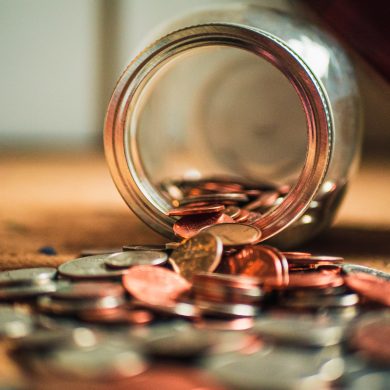